With a Strontium Dogs game on the horizon from Warlord Games, my mind is all a-flutter with 2000AD miniatures.  Games Workshop had the licence in the 1980s and put out a sweet range of figures just before creating the seminal Warhammer 40,000 Rogue Trader, and this is the first release in that range – the iconic Judge Dredd. “Taking photographs of a judge on a blue fade background – that’s five years in an isocube, creep.”

Fascinatingly a number of 2000AD figures were recycled into the nascent Warhammer 40,000 range.  Figures either had their parts cannibalised (like Traitor General‘s head reappearing as an Imperial Inquisitor’s), or were rereleased with new names (like Slaughter Margin “Mek” and Mega Hound becoming Imperial Assault Trooper and Robo-Dog). “Rotating a judge on a blue fade background – that’s fifteen years in an isocube, creep.”

I went for blue and an NMM yellow on the uniform instead of black and gold to emphasise the comic book nature of Dredd.  The figure is an experiment but I’m really pleased with how he turned out and will happily roll the colour scheme out to the rest of my Justice Department miniatures. The chemical barrels and wooden pallets are advance castings from the excellent Fogou Models – they should feature in a Kickstarter soon.  I’ve went utterly overboard with biohazard symbols and other freehand. In the grim darkness of the far future, there is only Warhol.

Friends Asslessman and axiom have also painted sets of barrels, and expertly steered me away from rusting up the blue barrels as  turns out they’re made (in real life) from high-density polyethylene and not metal.

As well as more judges, I fancy painting a gang of the classic 2000AD alien mercenarys – Kleggs – for a Necromunda campaign.  Or Rogue Stars games.  Watch this space! 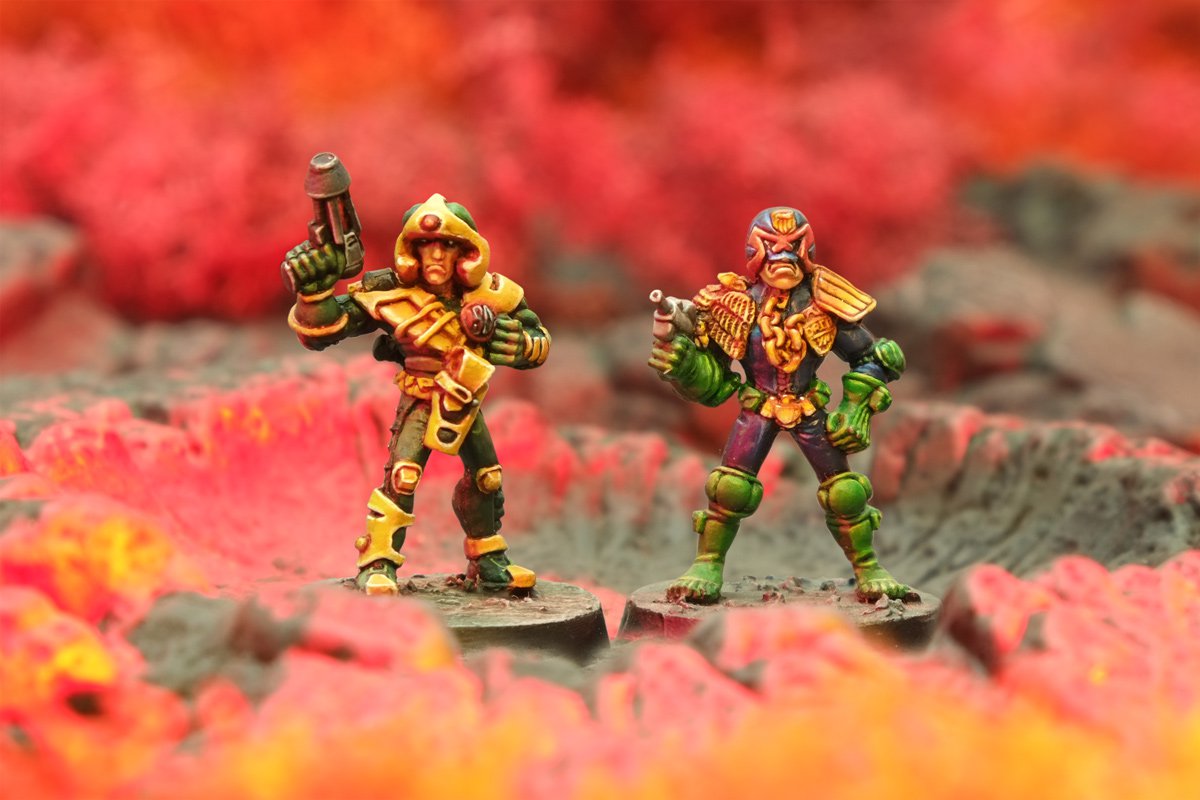 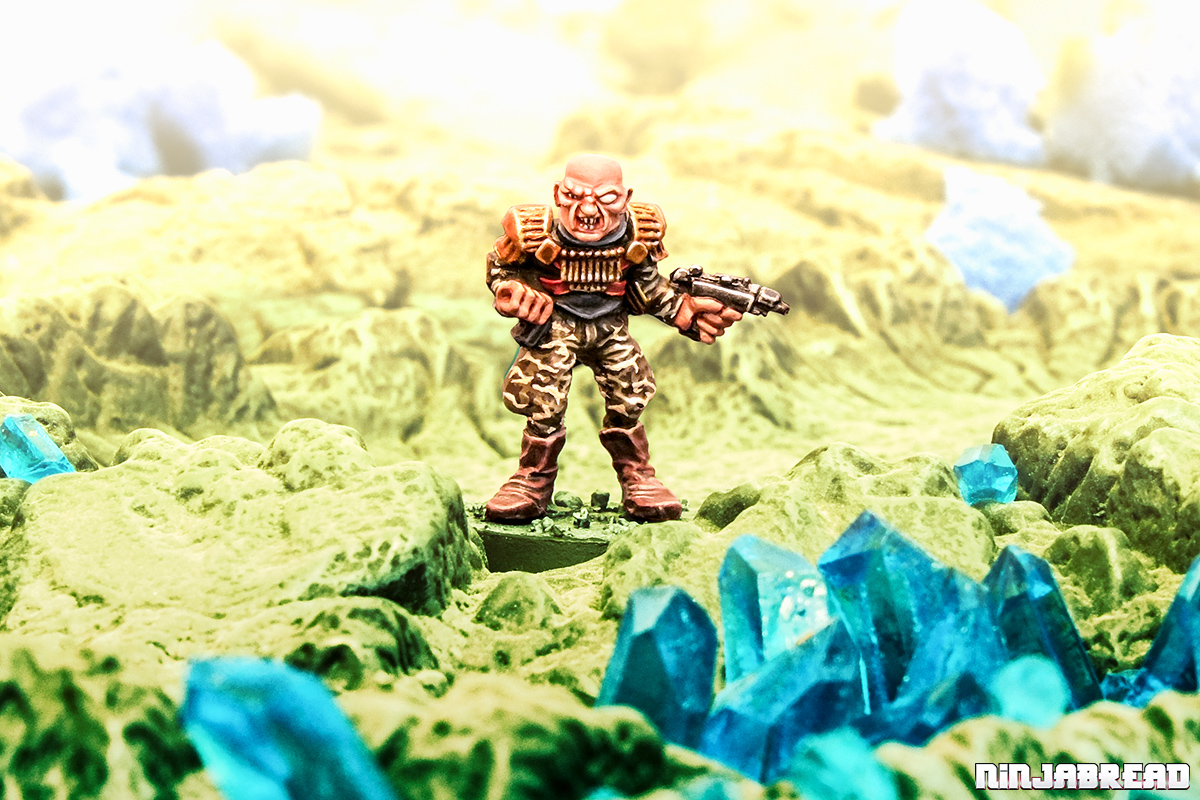