I ni ce Ninjabread readers. Fogou Models recently sent me advanced castings of their brand new mud hut range, on the condition I sent them back painted photographs for their Kickstarter. And now I have an entire mud hut village to play games over.

I imagined my buildings as a Dogon village at the time of the Arab Conquest, as that’s the period I want to game in. But I kept the paint scheme neutral so that with a tactical choice of accessories I can pass the buildings off as coming from the Pre-Pottery Neolithic B era, the Tunisian campaign in World War 2 and ANY POINT IN THE INTERVENING TEN-THOUSAND YEARS OF HUMAN HISTORY.

If the giddying versatility of mud huts through history is simply not enough for you, the buildings can slip into a similarly vast array of fantasy and sci-fi wargame settings. Oldhammer peers axiom and asslessman both science-fictioned up their advance castings with all sorts of greebles transgressing the historical wargamer’s sensibilities. Rather than stare on enviously, I asked Fogou nicely for another hut that I could spin as a Space Ork adobe.

I had so much fun painting these buildings that even though I’ve blasted through a whole village I’m keen to do more. Maybe fill a whole 6×4′ table and play big games of Warhammer 40,000 Cityfight but in an Ork city rather than the bog standard Imperial one.

The thing that doesn’t come across in these photos is how the kits are designed to be painted super quickly. Assembly is minimal, and they’re moulded in yellow resin that you can drybrush without having to prime or basecoat. You could paint up a whole Dogon village so quickly I begged and begged and begged Fogou to call the project…

Thanks to Fogou for all the buildings! Check out the Kickstarter, which ends this week. K’an bεn! 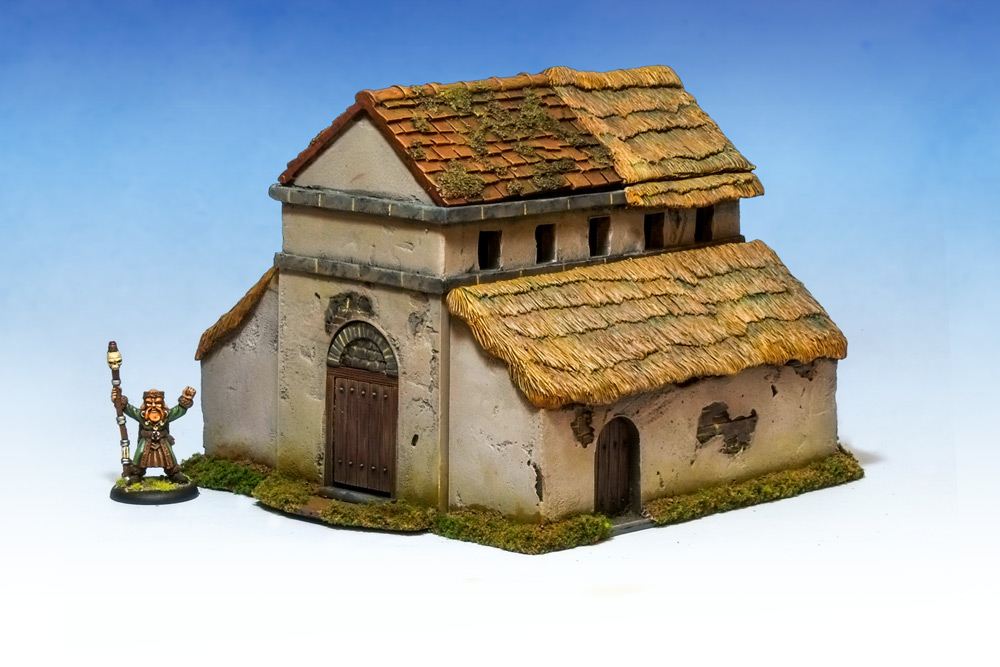