I’ve got a soft spot for Peter Davison’s Fifth Doctor. Probably because his run on Doctor Who started with a couple of very strong science fiction stories – Logopolis and Castrovalva. And I think Earthshock is the definitive Cyberman story. So I started my new collection of 28mm Doctor Who miniatures with him.  It’s the first time I’ve painted a representation of celery in at that scale. “Books! The best weapons in the world!”

The miniature was originally produced in or after 1996 by Harlequin Miniatures, and that company regenerated into Icon Miniatures and then regenerated again into Black Tree Design.  I remember buying some in the mid-1990s when the Invasion Earth game was being haphazardly stocked by the geek shop in the centre of Manchester – the Coliseum.  I’d like to collect the 1980s Games Workshop range of Doctor Who figures too, but the Harlequin ones are much more readily available and have a much bigger range of monsters and aliens to pit the Doctor against. I really enjoyed painting his stripey trousers and cricket whites.  There’s another version of the figure actually holding the bat which I’ll treat myself to at a future point when (if) I’ve found some other cricketeer figures.  It would be the first time since being eleven-year-old nerd I would feel comfortable playing wargames on my Subbuteo Cricket pitch.

Doctor Who through Time and Space

The wonderful thing about Doctor Who is that this one figure can be used alongside most of my other wargames figures.  He marries historical and science fiction, and even at a pinch fantasy.  I can stick him with my ex-Citadel Normans to recreate scenes like The Time Meddler or The Real Herewad – though neither involved the Fifth Doctor.  (Perfect excuse to buy the First and Sixth Doctors as miniatures though.) “Careful now, you’ll have someone’s eye out with that.”
The Doctor supervising some peasant archers in 1066.

Games Workshop’s early Imperial Army figures are suitably generic to stand in for future soldiers.  I can use these Warhammer 40K figures as the Guild of Adjudicators from the 28th century as seen in Cold Fusion. In the grim darkness of the far future, there is only Warhammers.
The Doctor supervising the peacekeeping force in 2766.

So, what next?  The Doctor Who universe has all sorts of weird and exotic aliens.  I’m going to focus on the Fifth Doctor’s adversaries and companions next so I can play out my favourite episodes in the medium of wargames. 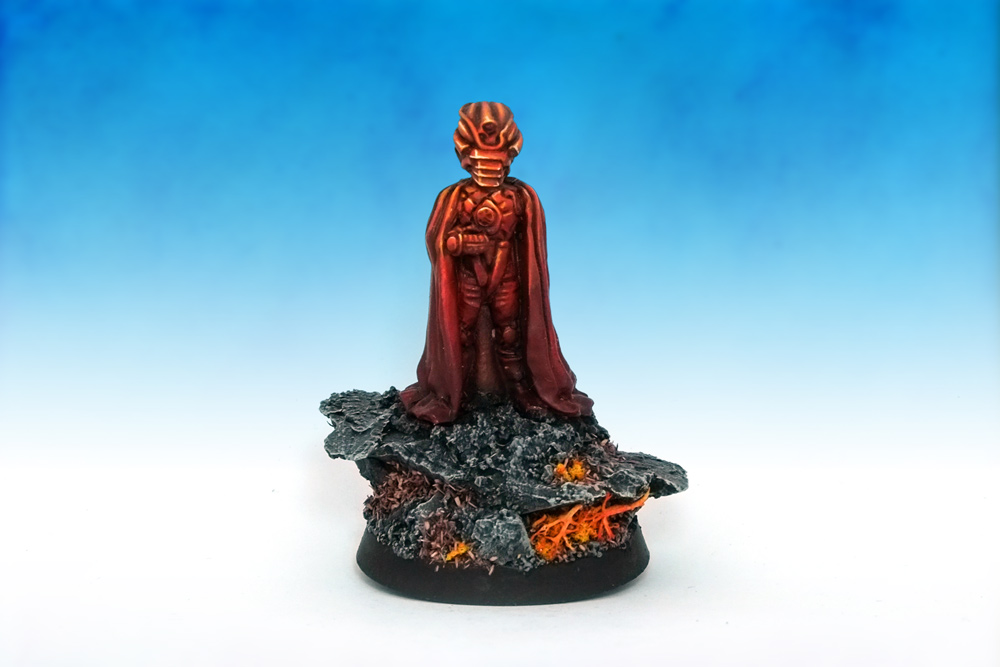 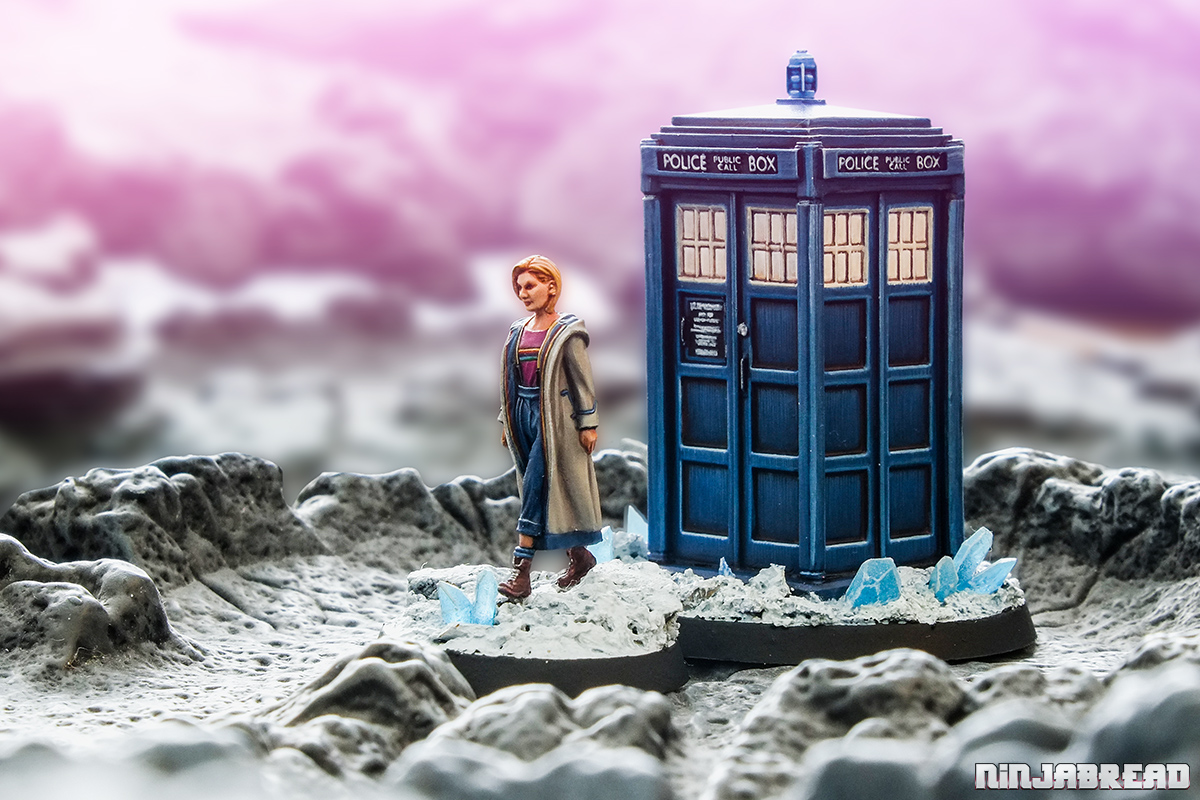 5 thoughts on “Peter Davison Fifth Doctor Who by Harlequin”