Decades of exposure to Games Workshop’s marketing materials has conditioned me not to paint individual figures, but regiments, and then armies.  There was no stopping at just one Gnorman Gnoll.  Gnot on your gnelly.  eBay trawling has turned up two more preslotta gems from 1981–3. Lord Tisserand with his hawk Antonius, accompanied by two Gnolls.

Lord Tisserand is a simple conversion of the Wargames Foundry ex-Citadel Normans with the arm from a Black Tree command figure holding a hawk swapped in to make him a regimental champion.  I also sculpted on a strap so he could carry a shield while waving around the Bird of Command – but that’s barely worth mentioning as this sentence took longer to type than the strap took to sculpt.

You can see the original figure as it appeared in White Dwarf 92, with the cliché French names variously inspired by Inspector Clouseau, Rémy Martin cognac, Marie Brizard liquer and maybe ‘Allo ‘Allo characters. And just what is the French for “cliché”?

Why a hawk?  Hawks were a symbol of authority in Norman times.  The Bayeaux Tapestry initially shows Harold holding a hawk, and switches to showing William holding a hawk when his claim to England’s throne becomes legitimate.

I might push this idea of animals symbolising command into the realm of fantasy and model a Norman King on a giant hawk or griffon.  I am enjoying the blend of historical and fantasy in the same project. Lord Tisserand and the Gnolls against Undead Wights.

All three Gnolls I have painted now are variants of the same figure.  In the above image the right-most Gnoll is the unadulterated miniature.  The one on the left I converted with an arm and sword from a 1980s Citadel Goblin.  The central Gnoll is the resculpted version that appeared in the later C13 range – who has the same body but a new weapon arm and head.  Challenge now is how to convert future Gnolls to provide enough variety for a complete Gnorman regiment. 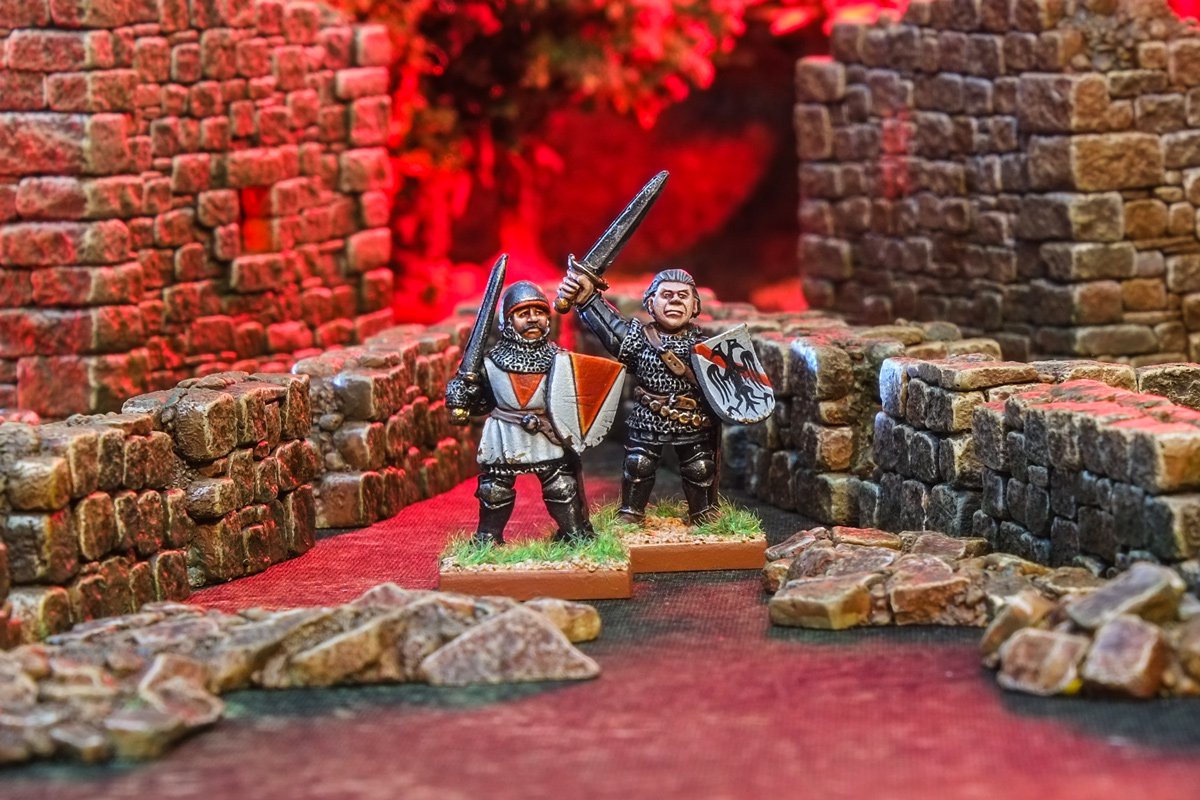