This miniature is a mystery – an unreleased Warhammer treasure from the vaults of Citadel Miniatures.  Who is he?  Why have I got (perhaps) the only casting in existence? This casting was a gift from Marcus Ansell of Wargames Foundry (thanks Marcus). The tab (“GENERAL” and “ ©  GW 1987″) shows its provenance as a piece of classic Warhammer – but beyond that everything else is a mystery.  Who sculpted it?  What range was it destined for?  Why was it not released?

“A horse, a horse, my Romano-Germanic kingdom for a horse.”

The vibe of the figure is more historical than fantastical – the moustache, crested helm and scalemail give it a very Romano-Germanic kingdom vibe.  It feels like an Alan or Michael Perry sculpt judging by this face and care put into the armour detailing.  In fact it’s a bit too historically accurate to fit in with Citadel’s F3 Barbarian or F6 Barbarian Raider ranges, or the ADD21 Advanced Dungeons & Dragons mounted barbarian.  The closest thing released by Citadel are the F7 Mounted Barbarian Raiders.

The Mounted Barbarian Raiders were released at a time when the line between historical and fantasy figures was blurred, with Warhammer’s Empire, Norse, Bretonnian and Dogs of War ranges doing double-service as various historical Europeans.  It’s conceivable that Citadel had plans for a Warhammer race with a strong Romano-Germanic design elements, and this General was a testpiece.

I gave my General one of the F7 horses as it’s coetaneous, and he deserves a bodyguard of these classics at a future point.  I modelled the horse forward on the raised base so that when the planned regiment ranks up he will ride slightly above and ahead. The Medieval Warlords book comprises seven chapters each detailing a different warlord, and Games Workshop released miniatures for only six of these characters.  The warlord that appears as a chapter but not a miniature was Genseric – general of one of the most famous Romano-Germanic kingdoms.  I think this figure could be him.

Genseric led the Vandals from the heartlands of the crumbling Roman Empire to Africa and around the Mediterranean region until they stormed Rome itself, looting its treaures. The incident stuck in the West’s poplar imagination, and ever since the word “vandal” has been a byword for destroying property. Genseric sacked Rome until politely asked to stop it by Pope Leo I, AD455.

I used the Karl Briullov painting above as the basis for my miniature’s colour scheme.  I love the satanically-black horse implying he’s the Pope’s archnemesis – but the menace is rather undermined by the pink leggings and ruby red shoes. I painted the shield with an Arianist symbol – I’d like to stress this was the form of Christianity that took off in the Romano-Germanic kingdoms and was named after Arius and NOTHING TO DO WITH ARYANISM.  (After all those “arian symbol german” google searches I think I’ve been put on a list.) Genseric and his bucellarius on the outskirts of Carthage. Regardless of the figure’s true identity, it’s now definitely part of my Late Imperial Roman army and will get some outings in SAGA when I’ve painted enough for a 4-point warband … coming soon.

If you’ve got any theories or information on the figure, please please let me know in the comments. 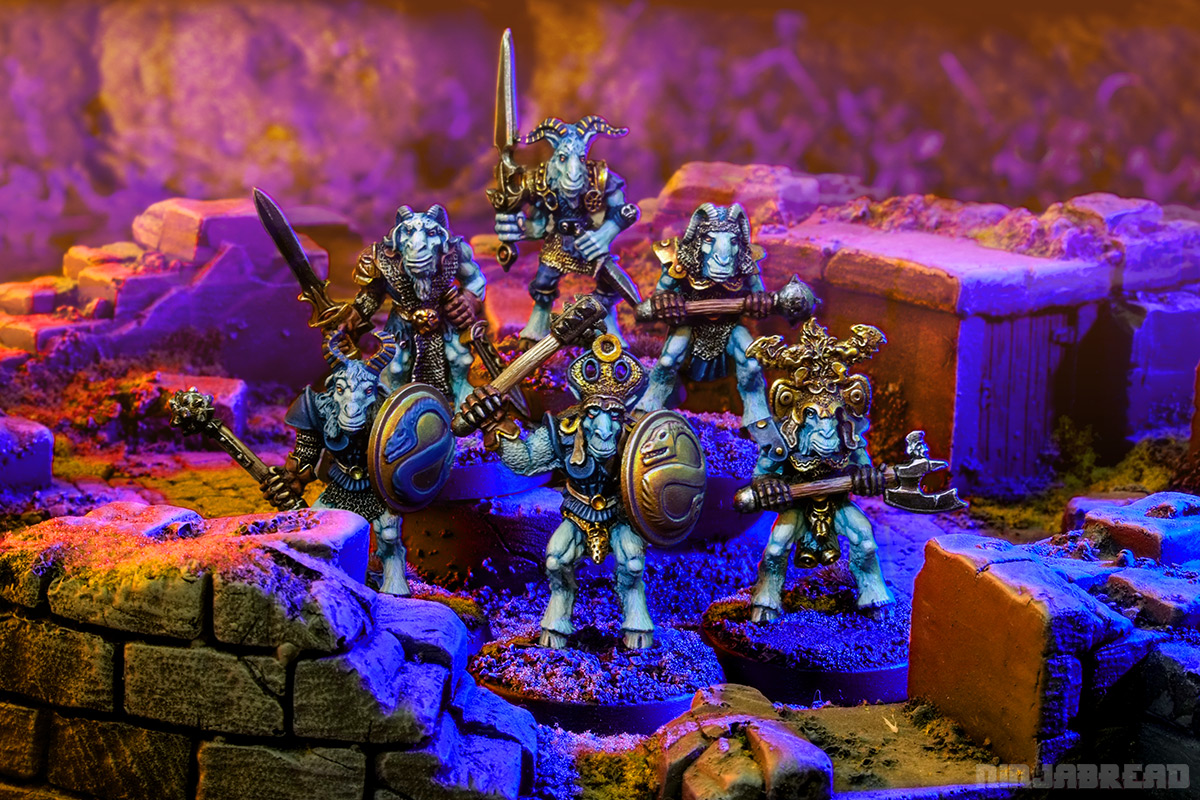 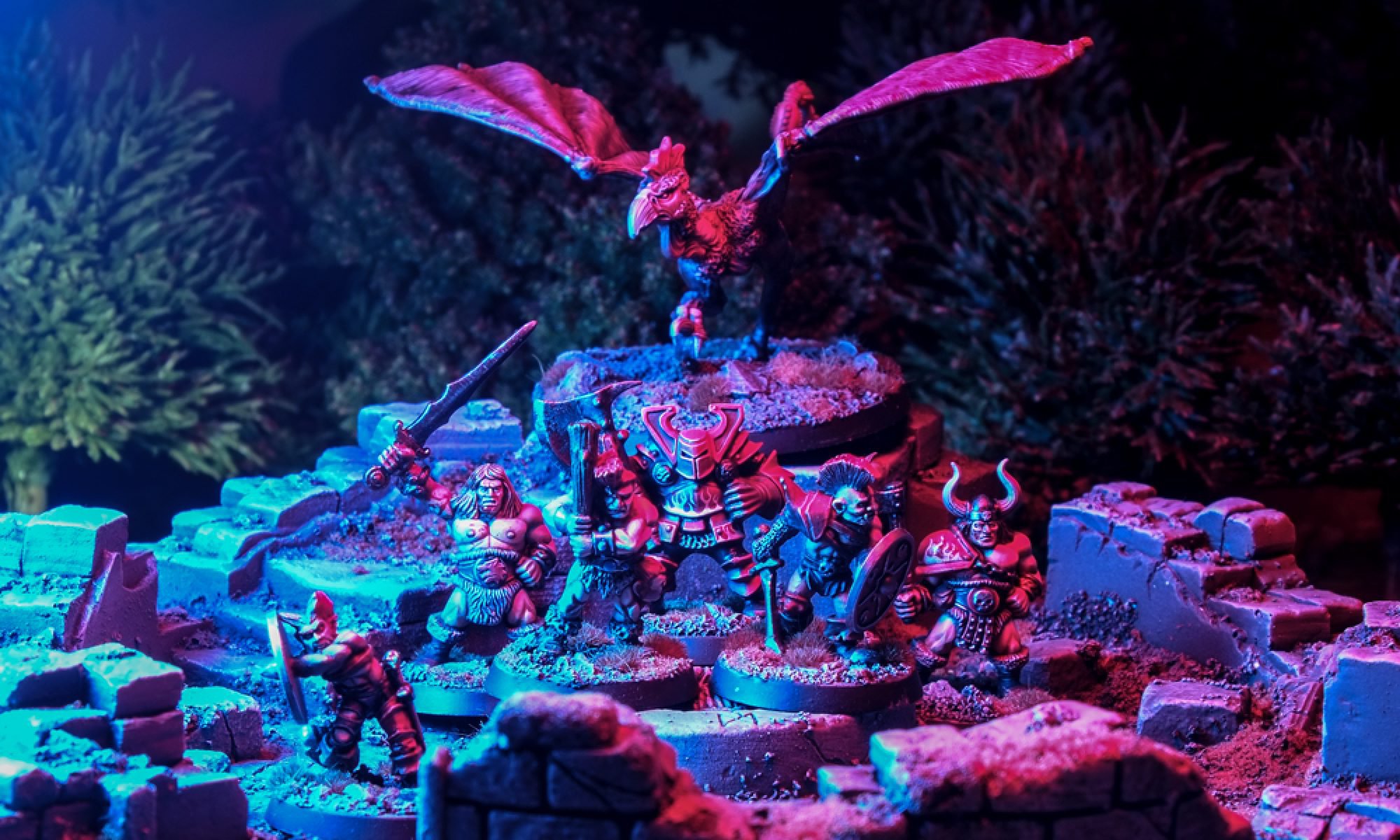 20 thoughts on “The Unreleased Warhammer General”