The day school broke up for Christmas when I was thirteen was also the day I got my teenage nerd-mitts on two legends of the Warhammer 40,000 mythos – Marneus Calgar and Leman Russ.  As an adult, both vignette pieces still give me such an intense festive tingle that I want to repaint them and have them in my cabinet.  First up, Imperial Commander Marneus Calgar. Marneus’ components stripped and based up individually for ease of painting.

There are two sources for colour schemes – the first is the original studio paintjob, now in the collection of Bryan Ansell.  It stood out from the rest of the 40K range at the time because the figure was not in a battlefield setting – Marneus is sat on a throne with the Ultramarines motto “Our presence remakes the past”, ceremonial cloak and honour guard behind him.  (Not that that stopped teenage Curis using him in a battlefield setting – there were lots of games with increasingly desperate conceits why the Ultramarines had brought furniture to war.) Thanks to Steve Casey for permission to use his photo.

The second source is the Dave Gallagher painting used as a frontispiece in the 1988 Warhammer 40,000 Compendium.  Sadly Dave’s choice of black-and-white floor tiles make it look like Marneus is on the toilet, which is further reinforced by the sheet of toilet paper he’s holding. Tantalisingly White Dwarf announced Marneus “…is the first in a planned series of specially sculpted vignette releases for WARHAMMER 40,000…”.  Tantalising as there could have been dozens of these figures to collect and love.  The second and final was Leman Russ.  I reckon there was also a Imperial Commander Nisk Ranthawll being dressed in experimental armour planned.  That’s an idea for a future modelling project.

So, anyway, drawing on both I blocked out the base colours.  I went for quite a tight rendition of the Dave Gallagher piece, with blue chest cabling and Mordian Blue plate.  I started with the bolter and the cloak so I could reward myself at the end with the actual character model.  I added a Mk 6 plastic backpack as, although the studio example doesn’t have one, there is an attachment nub. Calgar’s base took a little thought.  I made a set of stone flags, using the tops of 25mm square bases (who needs them now we’ve got Age of Sigmar). Then the first thing I tried was painting them cold grey stone. It didn’t work. The blue armour blends in with the grey base.  Then, I remembered the Forge World Roboute Guilliman and his polished marble base.  It screamed quasi-classical.  How very Ultramarine.  I got the marble recipe from a helpful peep at the Forge World store. I hammed up the veins more than I would if I were painting the modern Roboute – it felt more in keeping with the pudginess of the 1980s sculpt.  Everything about the older models is a bit more cartoony than their 21st century descendents. Additionally, he made it into the 30th Anniversary of Space Marines issue of White Dwarf! Sadly I wasn’t credited with the paintjob, but I’m happy with readers assuming it’s a ‘Eavy Metal paintjob like the other two Marneuses/Marneuī on the page. Now, let’s see if I can give Leman Russ the same treatment this Christmas. 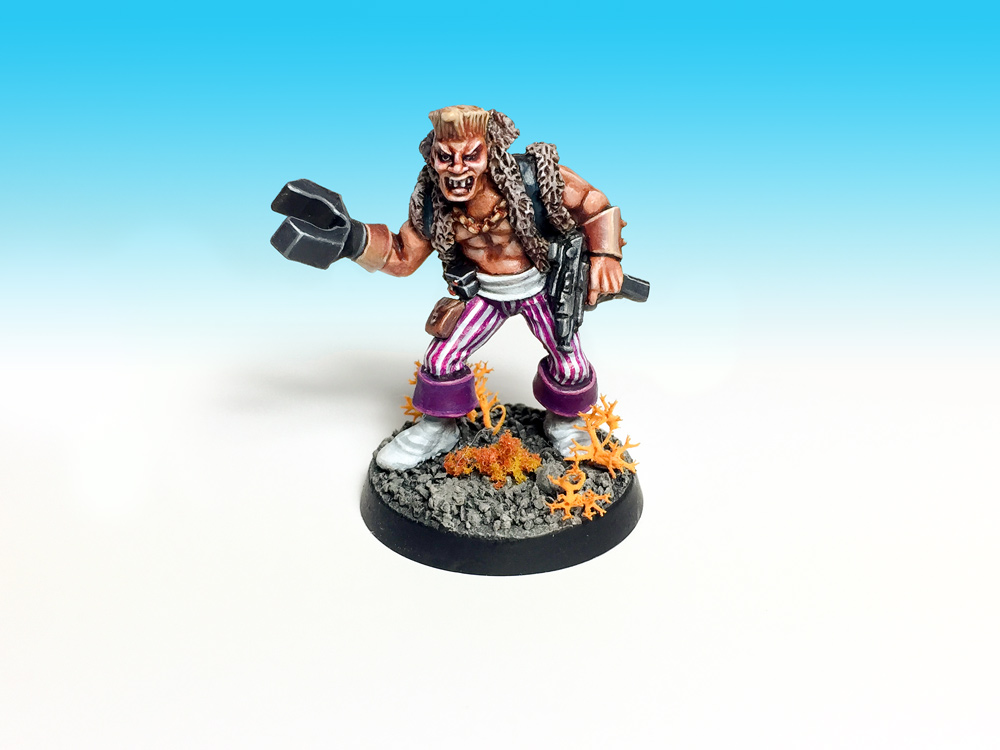 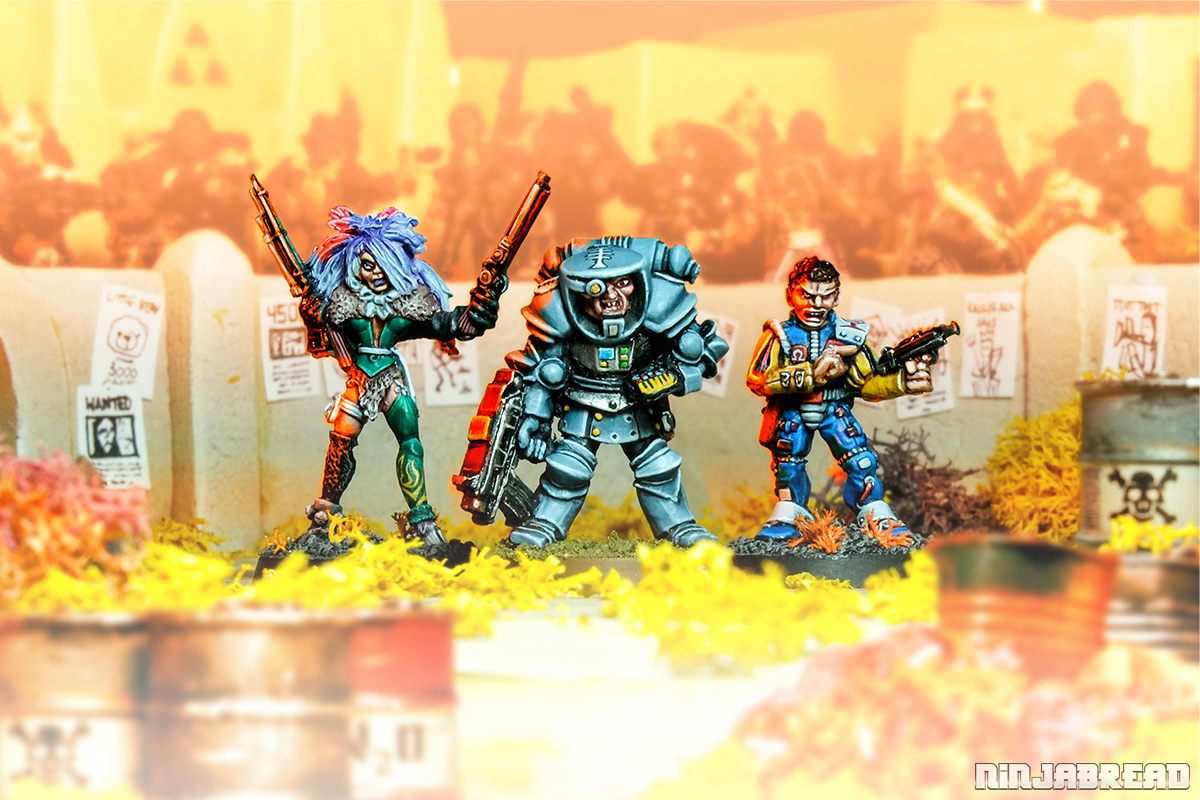 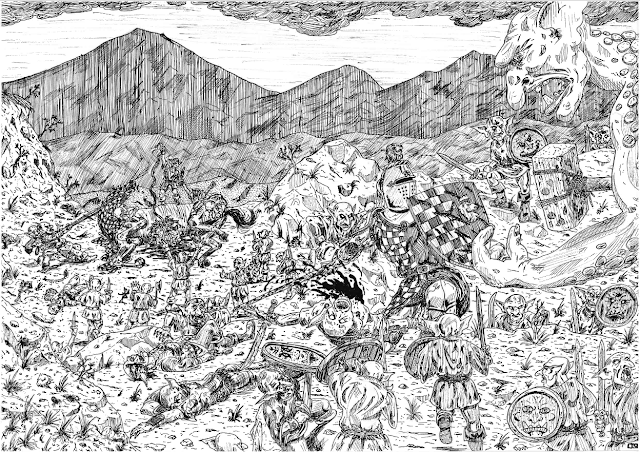 A radical change today, both in subject and work! You've seen that I've been keeping a slow pace for a few months. You know, real life events and rest of… [...] 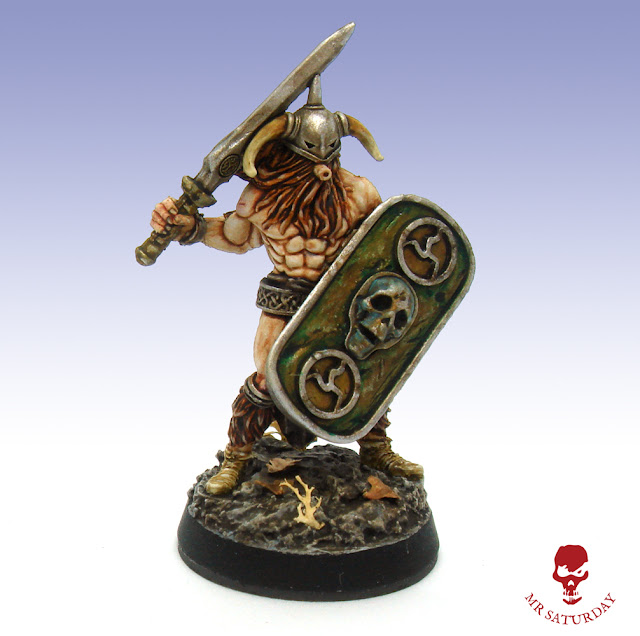 The recent Sláine release from Warlord Games was something I've been waiting for for a while. I'm a huge 2000AD fan, and of Sláine in particular. With some friends already painting… [...] 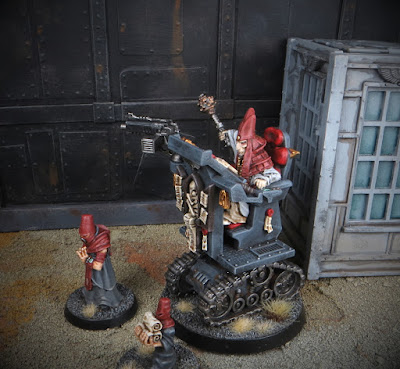 When I posted my first group of Ministorum figures a few weeks back, I mentioned that I was working on some other figures to add to the group. This latest… [...] 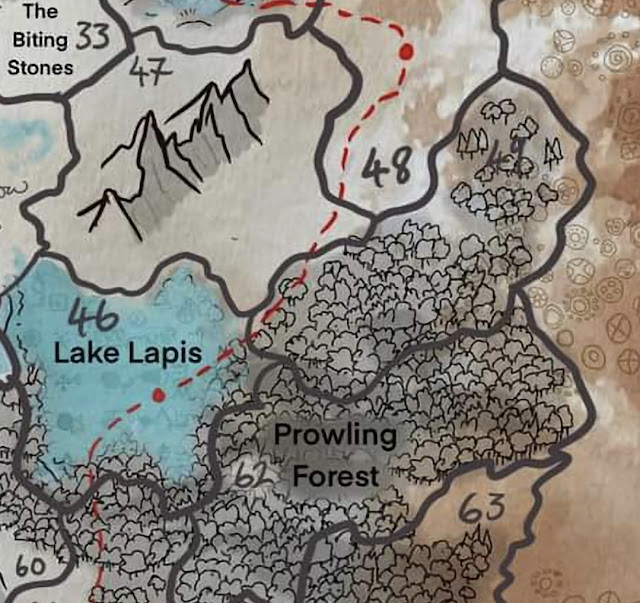 Somewhere on the eastern edge of the Prowling Forest in Lahar, the Cleavermaws cautiously made their way through the ruins of a small outpost that wasn't marked on any maps.… [...] 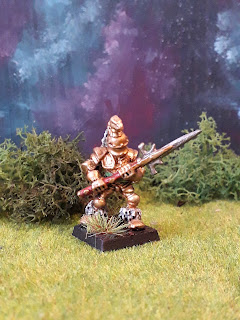 A bit of a busy month this month, but not alas with painting. I have however painted a few 1980's Citadel Paladins, Knights, and Lords of Battle range miniatures, really… [...]

The watchers of the Chaos wastes - Forbidden Psalm
29 July 2022 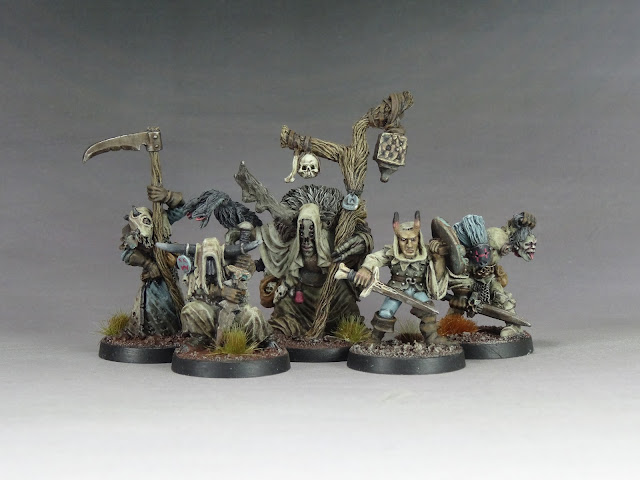 Hey all, so amongst the many lovely games we've seen blossom, I had the pleasure to play some Mork Borg with friends earlier this year. Now Mork Borg being a… [...]

Six of us got together for a pirate themed post-Covid gaming session a few months ago, me hearties In late 2020 Mikko from Dawn of the Lead and I were… [...] 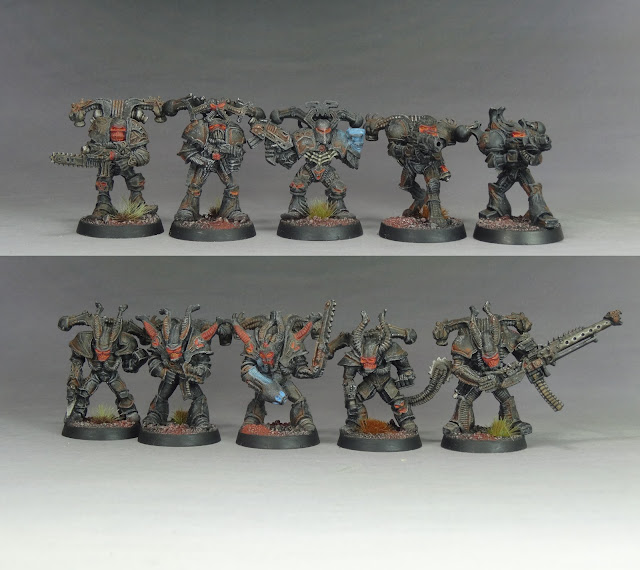 Hey everyone ! Now I'm pretty sure I'm not the only one in the northern hemisphere but temperatures here are not the most painter friendly at the moment right ?… [...] 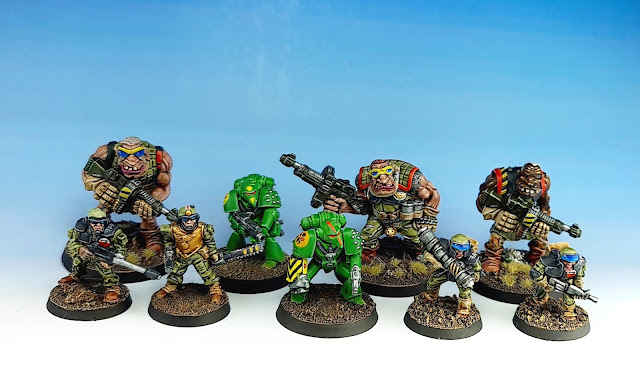 Greetings vaqueros! Today we will be looking at a small force of Imperial Guard I've been working on - with a handful of superhuman allies!Imagine being a normal man, an… [...]